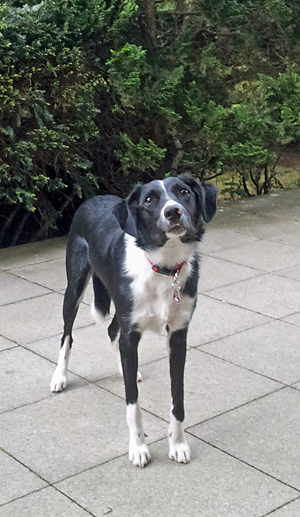 As some of you guys will know, there is a big sporting event in England over the next six weeks, the Rugby World Cup. For those of you from the USA this is a game a bit like your football but without the protective padding! Anyway, what’s a dogs blog got to do with Rugby eh? Well as it turns out I’m a great fan of the game. It’s one of the few things on my Humans TV that attract my attention, the others being anything showing a sheep and sheep dog trials. Oh and the Dog Whisperer of course. 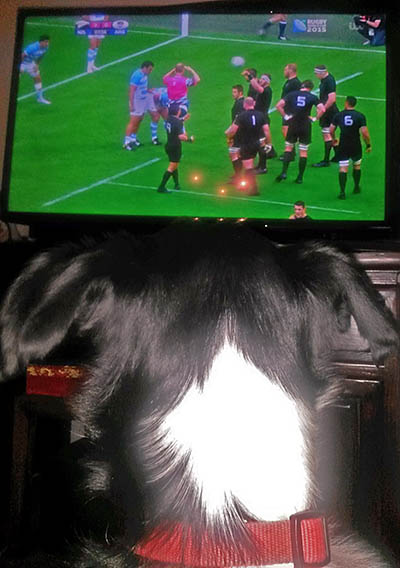 You may think I am making this up but my humans will back me up on my viewing habits. [Human-Editor’s note: Yep, only dog I’ve ever seen that can actually watch TV and seem to understand the content. Has the attention span of a gnat though luckily for us]

Rugby is a brilliant game that I first heard about from my Uncle Dog from New Zealand. Him and his Human, Wal were stars in their day. Well actually it was local country Rugby. Uncle Dog’s role was to steal the ball and run off and hide it much to Wal’s annoyance, himm… must be where I get my ball skills from then. Because of this and of course Grumpy-Human is from New Zealand too, I go for the All Blacks. Well one other thing, I’m a Black & White Border Collie, team colours of the All Blacks! 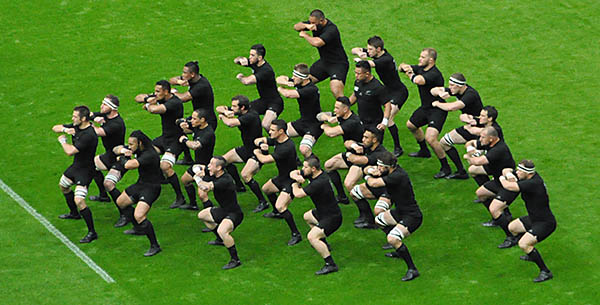 The All Blacks performing there famous pre-game Haka. It involves much leaping, pulling funny faces and sticking out of tongues, a bit like me really…

We had a big scare on Sunday.

Grumpy-Human was in London at Wembley Stadium watching the All Blacks vs Argentina match while me and my other Humans were watching it live on TV at home. We assumed the All Blacks would win easily but the Argentines (also known as the Pumas go figure) really came close to beating them. 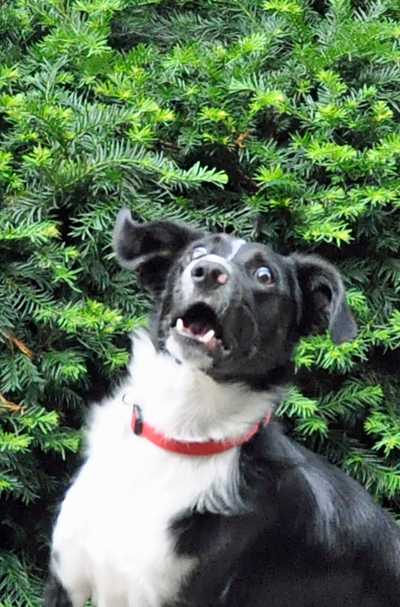 I was a nervous wreck especially after one of the other favourite sides to win the tournament, the South Africans lost to Japan, a fairly low ranked team a day earlier.

We won 26 – 16 in the end. South Africa lost 32 – 34 to the Japanese but what a game that was! The Japanese team (who call themselves The Blossoms by the way) managed an epic David and Goliath style struggle that ran right down to the very last seconds of the game. Any one remotely interested in any sport should watch that match if they can. Bloody Marvelous as Grumpy-Human would say.

7 thoughts on “A Rugby Dog”