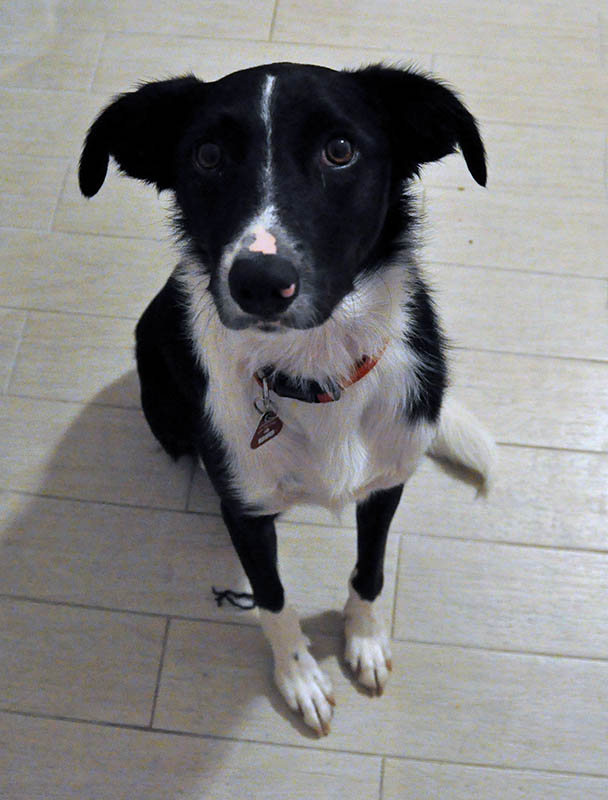 The previous instalment in our grand adventure can be found here.

On account of a rather large storm hitting Dubrovnik our first adventure was one more up my alley than my poor Humans. 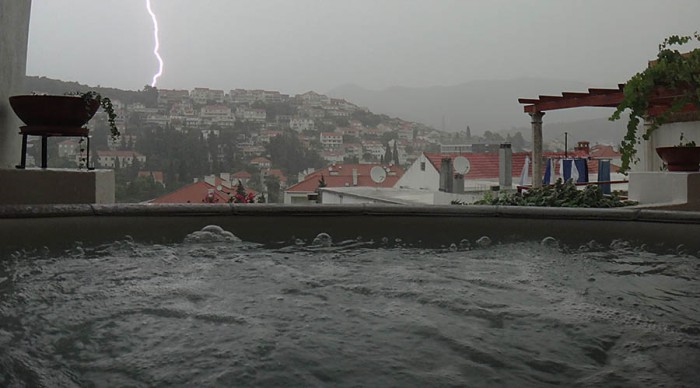 Catching rain drops, now I can’t emphasize enough just how much fun this is, and best of all ya get to photo-bomb ya Humans trying to take nice scenic photos of Dubrovnik… Anyway me Humans were just lazing around in the villa’s nice spa, boring… 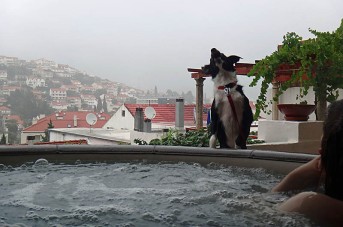 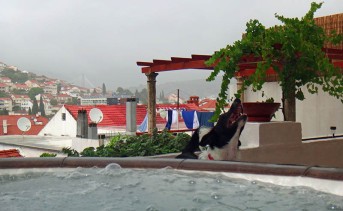 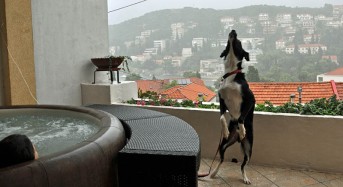 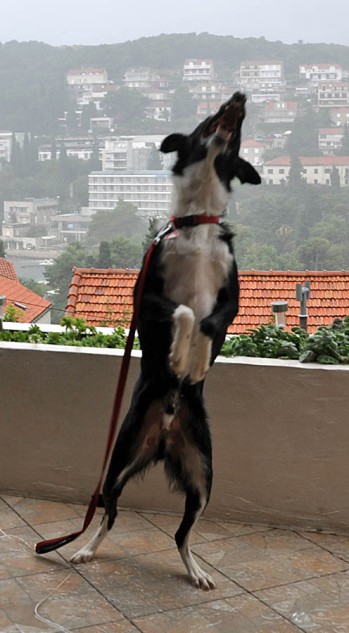 I tried to hop in to the spa a few times but my Human were to vigilant to that. I don’t know what their problem was, they know I love swimming…

And now that the sun has finally come out, stealing me rain drop fun. 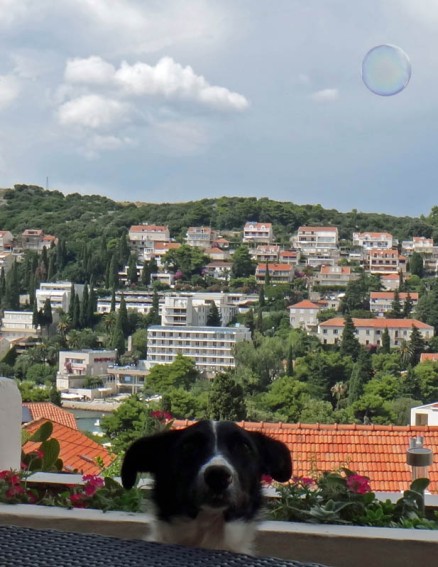 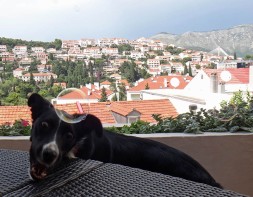 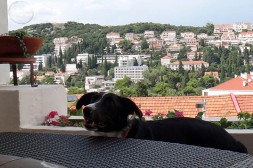 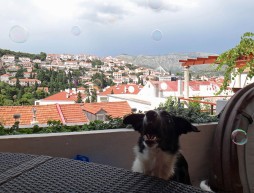 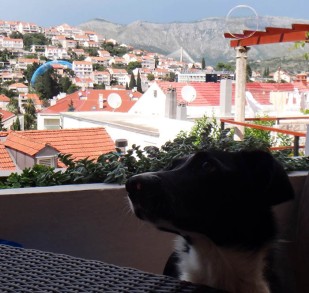 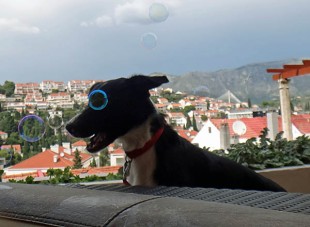 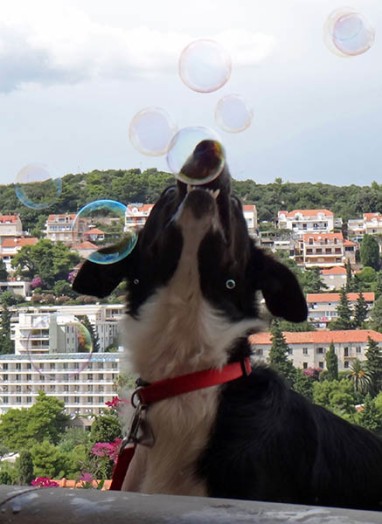 Me Humans have kindly blown a few bubbles for me, even better than rain drop catching I reckon. 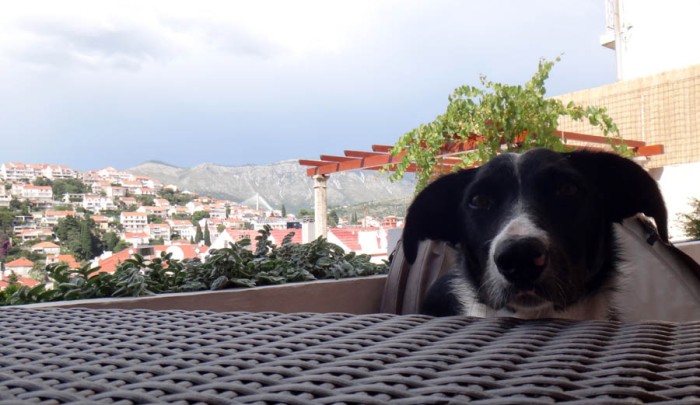 In my next instalment we at last get out and explore Lapad Bay and I get to swim in the Adriatic!