Yep I’ve been blogging on WordPress since March 2015 that’s 14 dog-years mate! And besides that I will be 5 in human-years next month, that’s… er… 35 dog-years, just sayin. I’m feelin decidedly middle aged! Should I go out and get me Humans to purchase a flash ball?, I’m thinking something really big and flashy like …

I know… one those balls you can actually get inside and run on water! Yeah!

Is it true, this myth that 1 human year equals 7 dog years? This seems a little unfair to us dogs. Anyway various dog breeds have different average life spans. Me I plan to live forever anyway, I have a big world to see yet…

These are the 16 countries I’ve visited in me lifetime so far:  Germany, England, Wales, Ireland, Czech Republic, Croatia, Slovenia, Austria, Bosnia Herzegovina, Italy, UAE, Switzerland, France, Belgium, Holland and Australia. Yeah, I know, the UAE is pushin it a bit but I did overnight in Dubai on me way to Australia! Who knew eh? I’m a BC rescue and this is my life! To tell the truth though now that we have moved from Europe to me Humans home in Australia we haven’t travelled so much, it’s pretty isolated out here and I’m getting itchy feet…

Anyway back to my blog-a-versary, here are some of me fav blogs over the last 2 (Human) years and a special thank you to all of you who followed me adventures in those early days. Here are a few that were deemed popular or were me own personal favs. Enjoy!

Castles in a Heatwave, The Rhine Region, July 2015 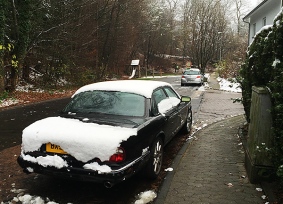 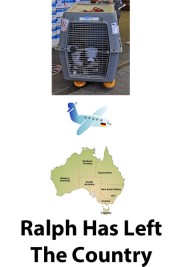 Those Western Australian Sunsets, May 2016