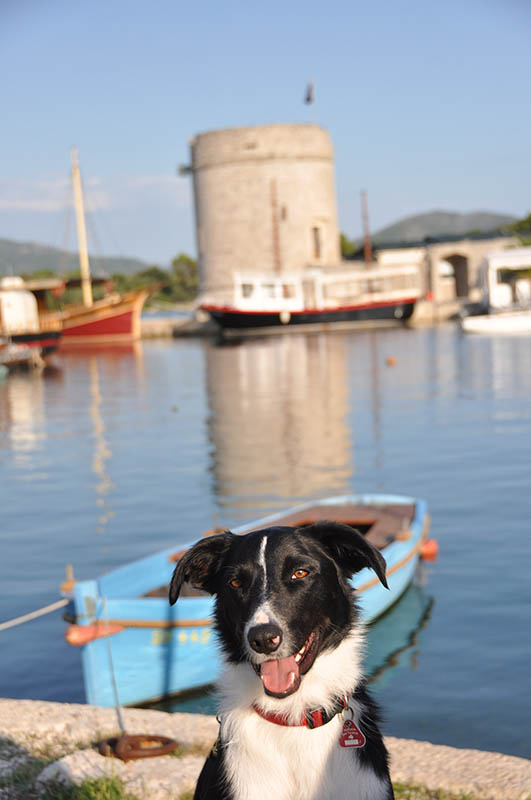 As many of you who have followed me blog for a while will know I am rather fond of our planets oceans and rivers, I love to swim! And… just sayin… I ‘m rather partial to the odd morsel of sea food too. My absolute fav is tuna but coming a close second would be salmon then ya shelf fishes such as oysters and mussels.

So it was with great enthusiasm that I hopped in the car for the short trip north of Dubrovnik to the Croatian coastal town of Mali Ston, home of the best oysters in the world (so the locals say). It means Little Ston in Croatian and sure enough it has a big brother town up the road just called Ston. You Humans are so creative in your naming heh heh. 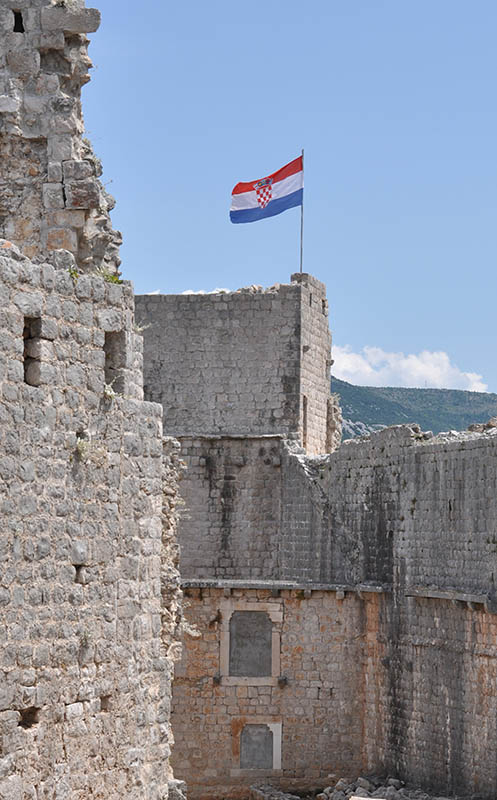 Having said that, Mali Ston and afore mentioned Ston are connected by a magnificent wall running for many kilometres and known locally as Ta Da… “The Great Wall of Croatia”! Bet ya didn’t know Croatia had its very own Great Wall did ya? Pretty impressive eh? I’d really like to see the Chinese one mind you, I’ve only seen pictures from me Humans travels there before I was born.

Built in the fourteenth century as a defensive wall for some old salt farms apparently, lot of effort for some salt, go figure… I guess the stuff was worth more back then. More info from good old Wikipedia here.

Now back to the main subject of Mali Ston, oysters. And I can see the oysters being farmed just out there. Definitely swimable. 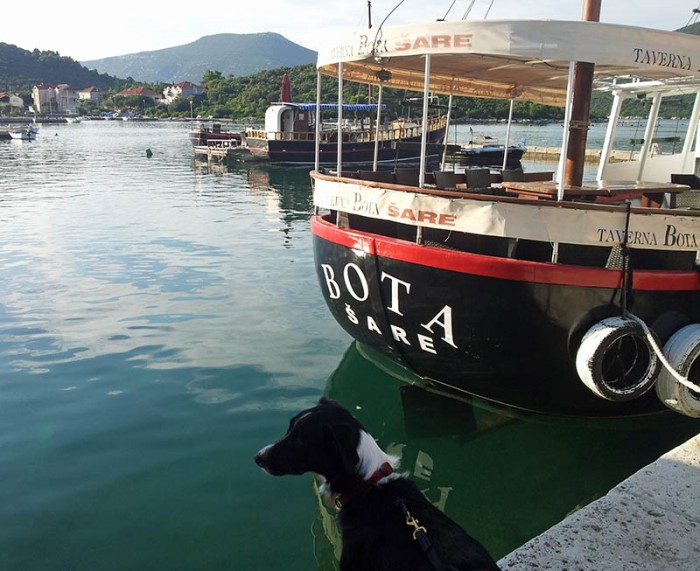 Well, we’re back on dry land after aborting the trip to the oyster beds. My Humans stopped me, something about a crazy lunatic Croat yelling at us about disturbing the oyster beds.

Ok so swimming for ya oysters wasn’t really a goa then so plan B, persuade me Humans to have lunch in that Taverna Restaurant we passed on the way here. 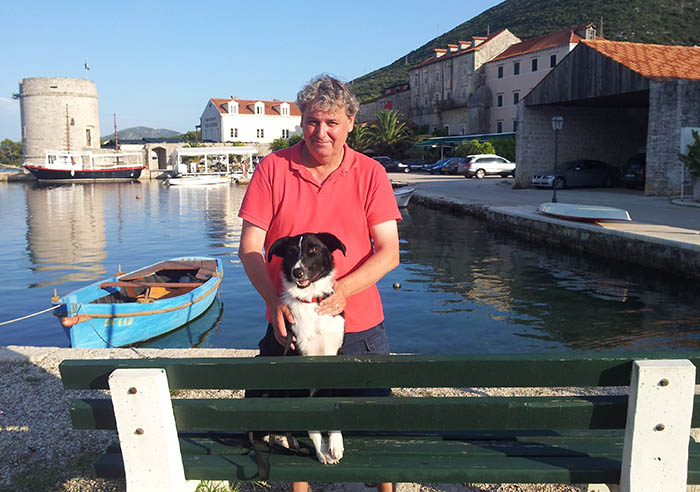 Forget the poses and photo ops, its oysters we are after mate, beautiful as this Mali Ston harbour is!

Well at least they bought me two Oysters but you should have seen the ones me Humans scoffed! They were pretty bloody marvellous though I will say.

Now one last thing. Many people have said: are Mali Ston oysters really as good as they say? Some even say the best in the world. In my humble but well-travelled Border Collie opinion: You bet ya white BC socks they are! And if you don’t believe me read this BBC travel link on that very topic.

Now I think you have all heard enough of this European Summer holiday so I won’t go into the details of the long trip home to Frankfurt, Germany. I will say that we drove back through Italy! Finally I got to see a little of Italy. We even visited Venice. If there is enough interest I may blog about me trip on a Gondola in Venice one day…

For now this is Ralph signing off. Time for rounding up a few humans for some ball catching at the park me thinks.